Two Green Otters is a newly translated novel by bestselling Turkish author Buket Uzuner. When her mother abandons her family, Nilsu loses faith in the world and everyone in it. Then she meets Teo, a passionate environmentalist and one of the founders of the Turkish Green Party. In this story of a young woman’s struggle to find love and acceptance, Uzuner explores the complexities of human relationships while offering up an original reinterpretation of the role of both environmentalism and love in the world today.

We chatted to the author about translation, the situation in Turkey, and nature in the literary world:

You’re a keen environmentalist, and we’re seeing more and more fiction that interacts with our current environmental crisis. What do you think is the artist’s and art’s role in engaging with and advocating for the environment?

I remember trying to explain to people around me the relationship between good health with a healthy, conserved environment. I also wrote a green column about environmental issues at Cumhuriyet newpaper’s weekly Science and Technology magazine for about a year.

So, yes, as you mentioned, I define myself as one of the advocates of nature in literary world. I think in the last decade or so, human beings have been urged to rediscover themselves as being a part of nature, not the boss of it. I don’t know if it is too late, but this consciousness is growing everywhere in the world. And look, there are new literary genres now called “cli-fi” and eco-critism and eco-feminism and they are all taken seriously. I believe the game is over and playing the mortal gods and goddesses of the earth is no longer possible. Finally, some of us just began to realise that we cannot own or irresponsibly use the limited resources of this planet! Yes, scientists and teachers warn us and show us the data about human destruction of the other living creatures, but art and literature have a magic touch when it comes to our understanding, because we love stories and we all have our own stories… So if a novel reaches us with its living characters and genuine story, we may have a greater chance of being concerned about the environment and we may stop the over-consuming hysteria of ours.

Nilsu and many other characters isolate themselves in different pursuits. Today we all face the difficulty of “switching off” and isolating ourselves from screens and social media, or constantly face the risk of isolating ourselves with screens and social media. Have you ever thought about how your characters would fare today with the constant presence of social media, which is especially important for political communities now?

If Nilsu, the main character of Two Green Otters is still alive(!), I am pretty sure that she will be an active user of social media. Maybe she would appear in the virtual world anonymously. And, yes, what makes us easily connected to the world can make us addicted to a virtual life! Internet and social media made the world smaller, but we lost our intimacy, privacy and real human contact. I am not against technology and internet; on the contrary, I love it and defend the importance of its role, especially in many parts of the planet in where freedom of expression is under the control of dictatorships. Like anything else in life, the internet has its good and evil sides.

Aside from supporting translated Turkish literature, are there any other ways readers outside of Turkey can take a stand against the censorship and suppression happening there now? What do you think is the importance of publishers like Milet and the cultural exchange they do in light of what’s happening in Turkey at the moment?

I think publishers like Milet that support world literature and writers from languages other than English are doing brave and important work. We need to hear stories from every language… Freedom of speech is necessary for everyone, because freedom is very much like the oxygen of the human soul. When dictators cut the vein of freedom of speech, nations get sick. And if there is severe sickness in one part of the world, it affects the whole world sooner or later, in one way or another… Human history has an abundance of such stories. Turkey lately is one of the top stories, with its high number of jailed journalists and writers. My friend and colleague Aslı Erdoğan, whose novels have been translated into 12 languages, has been in jail for two months now for her political essays… 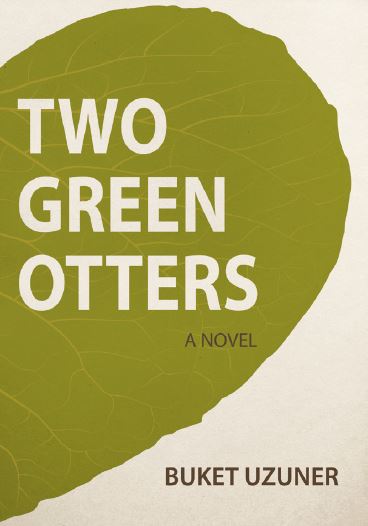 I know that many readers are picking up the novel and reading it as if it’s a completely new book – do you have any ideas about how the themes you wrote in 1991 are pressing in today’s Turkey and across the wider world? Do you draw similarities between the Istanbul you wrote and the one you see today?

Everything is changing in life, everywhere on the planet. The only thing that is not changing is the change itself, said Aristotle, or was it Rumi? But human nature is the same as in the first homo sapiens: our ambitions, intense desires for power and wealth, our fear of death and longing for love and sex are just the same… We see this in archaeological and anthropological evidence… Therefore, while the city of Istanbul and the generation have changed in the last 20 years since I wrote the novel, the characters and their fears and dreams are pretty much the same as they would be today. But if you ask me whether I would write the same novel now in 2016, of course it would be quite different than the first edition. Because not only the world has changed, but I have changed too… Nilsu may be much wiser now, but then what is being young if not being ready to challenge life?

Has the English debut of Two Green Otters caused you to revisit your first novel in any surprising ways, or has the immense popularity of the book made it so that it’s never really left your consciousness?

Whatever I have written and published actually has never left my consciousness. I do not think this is particular to me, that it is the same for many writers. Let me explain it within the neuro-linguistic context: I write in Turkish and I believe in the importance of writing fiction in the mother tongue. The power of words is what makes literature art, and it does not only come from the richness of the writer’s vocabulary and/or her wisdom but also from the mother tongue, which carries cultural and emotional symbols, stories and memories…  I can hardly imagine Proust writing In Search of Lost Times other than in French, Dostoyevsky writing Crime and Punishment other than in Russian, Orhan Pamuk writing The Black Book other than in Turkish, and so on.

Therefore, I get thrilled whenever my novels are translated into English, because when I read my own words in this language, I can see the links to the Turkish, strong and weak, and the book becomes something different for me. Other languages into which my books have been translated, like Hebrew, Hungarian, Italian and Spanish are – thankfully – not as familiar to me as English!